At last month’s Town Hall, our proposal for the creation of a Non-Executive Manager (NEM) role within Farset was ratified unanimously by the community, and as such has been added to the Operations Manual (that link may break in the next few weeks, please let us know if we don’t notice it!). 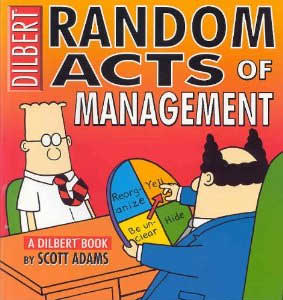 So, what does that mean? First a short history lesson; as it stands, Farset is ‘run’ by the directors i.e. the four people who are legally responsible for the company. However, we’ve also been implicitly in charge of the day-to-day operation of the space, which is a significant workload for four busy volunteers to do alone, and I’ll be the first to say we haven’t been perfect.

For us to keep awareness of the increasing amount of activity in the space, we felt it was necessary to add a sort of interface layer between the day-to-day operation of the space and the membership, and the directors’ strategic and legal responsibility.

As such, NEMs are members, selected by the Directors, to be single points of contact for a range of fields in the space. That’s not to say that they’re expected to do all the work in those fields, instead they are a person of responsibility with no legal tie to the company other than membership. When selected they will be publicly listed and any new or existing members can direct questions in their fields directly to them instead of what happens at the minute; an email goes to admin, we scratch our heads wondering what’s happened in that area in the past week, ask who we think would know and eventually get back with a ‘contact this person’ email…

Expected workload is low, most of the time. It’s up to each NEM to work out how much work they want to do and where they want their boundaries of responsibility to end, and even the definitions of the fields are flexible at this point. Since this is the first time we’ve done this as an organisation, it’s still fluffy. In order to nail it all down, we’d like to bring the interested parties together to hash out how  it would actually work. The relatively simple-to-delineate one (Digital Infrastructure) has already been selected (No one will be surprised to hear that it’s Dan Porter) but the others are wide open.

If you’re interested in getting involved, read the proposal document and the ops manual, and if you’re not scared off, drop us an email on admin@farsetlabs.org.uk and keep next Monday (14th) from 8pm free for a chat.

Alternatively, this Discourse thread is the best place to publicly comment and discuss the idea.